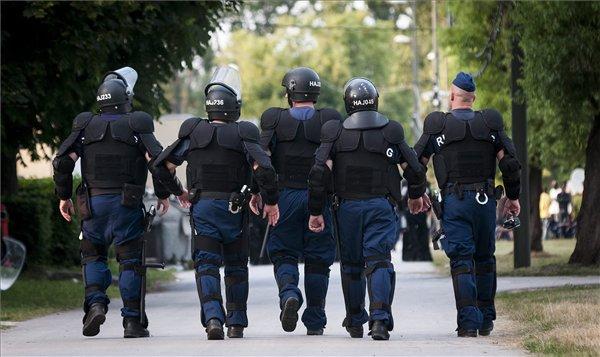 A group of foreign refugees was caught committing affray this morning in the Debrecen refugee camp.

Armed security guards and policemen of the Hajdú-Bihar Central Police Station managed to restore the public order within 38 minutes. Thanks to the cooperation of the two authorities, no one could flee from the institution. One resident of the camp has suffered minor injuries.

The police are investigating in the case; five perpetrators were taken to the police station where procedures were initiated against them on reasonable suspicion of truculence.