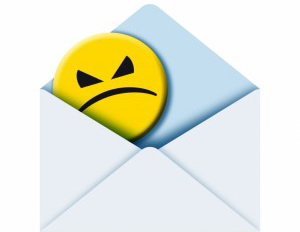 The husband must pay a fine for writing and sending a defamatory letter to the police. His wife received a 3000 Huf fine on spot due to a minor traffic offense near Hajduhadhaz last year.

The woman has admitted her offense and took over the fine postal pay slip on the spot.

Her husband was very upset because of the fine and sent an e-mail address to the local police station
later that afternoon. The letter contained obscene words against the acting policeman. The email not only breached the honor of the acting police officer but contained defamatory statement in general the whole police system and operation.
Therefore, the head of Hajduhadhaz police raised criminal charges against the man who received a 250 000 Huf fine by court in February 2011.