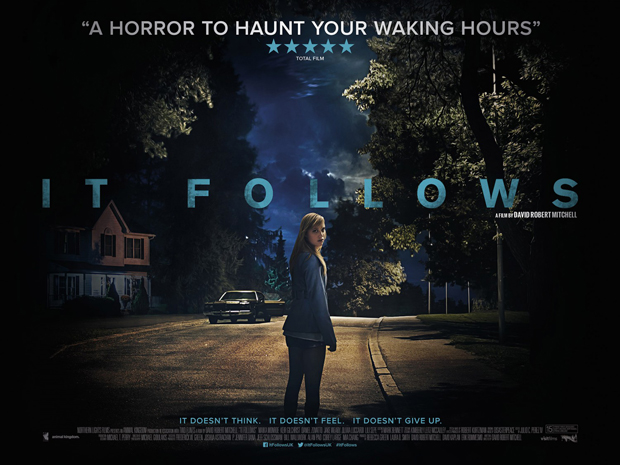 It Follows (2014), directed by David Robert Mitchell, is a striking American mystery-horror, which depicts the stoty of a teenager girl followed by an unknown supernatural force. The movie debuted at the 2014 Cannes Film Festival and received postivie response from audience and critics as well.